Journey Between The Seas - M/V Discovery

A journey in the Discovery is a feast of intense, sensory experiences: the aroma of remote places, the texture of unknown things, the multicolor tapestry of nature, the accent of unheard languages, and the exquisite flavor of what has never before been tasted; that is the incomparable feeling of penetrating the secrets of other worlds, other lives. 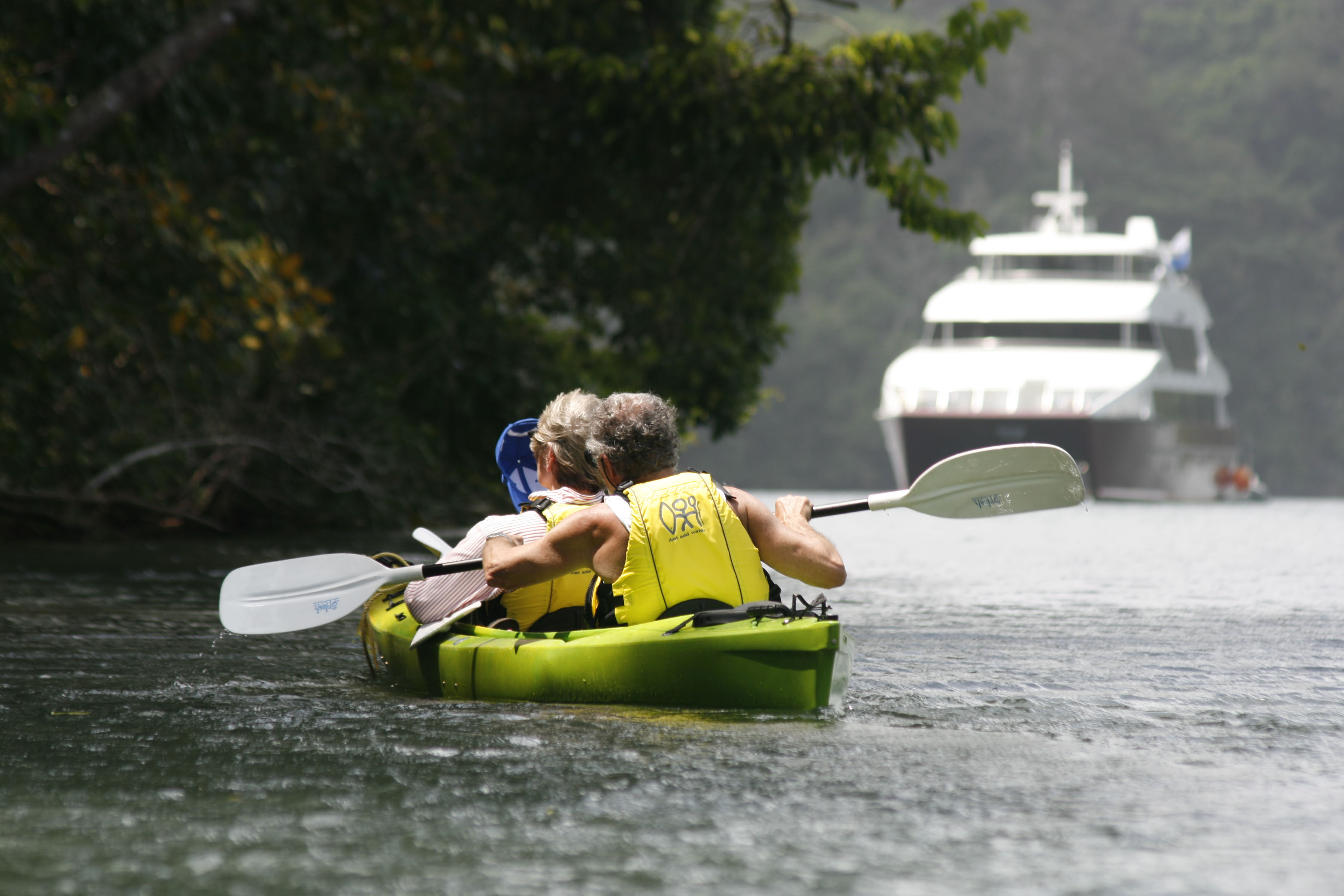 Passenger numbers on the Discovery are limited to just 24, ensuring everyone can enjoy serenity and privacy together with the excitement and closeness of a true exploration cruise.

Discovery is a 33 meter-long, purpose built catamaran providing 8 queen and 4 twin cabins. All cabins have individual climate control, bathrooms and huge windows which extend along the length of the cabin allowing you to enjoy the scenery in complete privacy.

This morning you will visit the Biodiversity Museum, designed by the world renowned architect Frank Gehry. As a Smithsonian Affiliate museum, the Biodiversity Museum serves as a gateway to new information about the biodiversity and natural history of the Isthmus of Panama. Scientific experts from both the Smithsonian Institute and the University of Panama oversee the contents of the museum and aim at teaching visitors about eco-awareness, conservation and Panama’s extraordinary natural treasures in various unique exhibition galleries.

Did you know that the Isthmus of Panama has more bird, mammal, reptile and plant species than the U.S. and Canada together in just 75,990 Km2 (approx. 29,000 square miles)? In fact, 3 million years ago, the emergence of the Isthmus of Panama changed both the climate and the biodiversity in the planet and played a key role in the creation of the world we know today. Lunch at local restaurant included.

2:00 pm - Embarkation time at Flamenco Island. Sail the tropical waters of the Pacific Ocean towards Contadora, where the M/V Discovery will stay the first night before navigating to the Darien Jungle. Take this opportunity to meet your expedition leaders, the crew and your fellow travelers while you savor tempting native cuisine.

6 nights aboard the M/V Discovery.

All meals included during the cruise.

Step aboard a time machine and travel back more than 600 years to a place that not many have had the privilege of experiencing. More than an excursion, this is a journey into the lives of the Embera Indians. A proud people who have been able to maintain their traditions and lifestyle as they were before the Spaniards colonized the region. These natives are also master crafters of cocobolo wood carvings and basketry.

After motoring up river you will see the village emerging from the jungle, as if by magic. Keep your eyes open along the way as the region offers abundant wildlife that is particularly active along the river’s edge.

Snorkel and swim in the waters of the Pearl Islands. The archipelago owes its name to the abundance of pearl oysters which supported a substantial fishery in the early 1900’s. On the outer portion of the archipelago, the islands of San Telmo and Mogo Mogo are home to some pristine beaches and fertile fishing grounds. View the remains of the submarine Explorer built in 1865 during the Civil War and which sunk off the coast of San Telmo during the oyster fishery of the late 1800´s.

Wake up at the Pacific entrance of the Panama Canal and join the morning’s ship convoy for the northbound canal passage traversing the Miraflores Locks and Pedro Miguel Locks. The Discovery will be raised 85 feet above sea level to Gatun Lake. You will have a once in a lifetime opportunity to experience up close the history and operation of this engineering marvel.

Navigate the Gaillard Cut, the narrowest section of the Panama Canal, bisecting the Continental Divide. This section of the canal is full of history and geological value and you will be able to appreciate the continuous maintenance that this area requires, because it is very susceptible to landslides. Spend the night in Gatun Lake on Panama Canal waters.

Prior to the construction of the Panama Canal, the vast jungle area that is now the Gatun Lake was teeming with an overwhelming abundance of wildlife. As the region was flooded to create the lake, animals took refuge in the mountain peaks, which are now the many islands that dot the renowned lake. Explore Barro Colorado Island where the Smithsonian’s Tropical Research Center is located.

Your expedition leader will take you on board small crafts past lush rainforests to secluded areas of the lake to witness first-hand the splendor and excitement of the jungle. Exotic birds, monkeys, sloths, iguanas, and crocodiles are just a few of the animals that you could see in their native surroundings. The sights, sounds and scents that make up this beautiful, tropical jungle will engulf you.

Cameras are a must as this is considered the world’s premier location for viewing monkeys and other animals in the wild. The Discovery will exit the Panama Canal in the afternoon on its way to the mouth of the Chagres River.

Experience the magnificent Chagres River which was used by the conquistadors to move their gold across the Isthmus of Panama en-route from Peru to Spain and by the gold prospectors who attempted a "short cut" from the U.S. East coast to the gold fields of California.

The river was the center piece of the colonial inter-oceanic route and is now the lifeline of the Panama Canal full of wildlife and tropical jungle. Explore Fort San Lorenzo which is located on a cliff at the mouth of the Chagres on the Atlantic side where your leader will offer details of the immense amount of history found on this area.

The fort was built by the Spaniards in the 16th century to defend their well known gold trail. Later that evening, the Discovery will reposition to Colon, where it will spend the night before disembarking the next day.

Wake up to a farewell breakfast before you disembark the Discovery. Travel by motor coach to Portobelo and enjoy this town located on Caribbean waters which was founded by Christopher Columbus on his fourth voyage to the new continent in 1597.

This quaint town is rich in history as it was the site of many sea and land battles between the Spanish colonials and the pirates and corsairs raiding the Spanish Main. Explore the fortifications built by the Spaniards to protect their treasures and visit the Church of San Felipe, the sanctuary of the Black Christ. Later in the afternoon, board the Panama Canal Railway train back to Panama City.

This one hour railroad trip will allow you to traverse the picturesque trans-isthmian route from the Atlantic to the Pacific Ocean. The line flanks the Panama Canal passing through lush rainforests, cruising alongside the Canal’s locks, through the historic Gaillard Cut and gliding over slender causeways in Gatun Lake. Arrive to Panama City with the train around 6:15 pm and be transferred to your hotel in Panama City.

You will be picked up at your hotel and transferred to Tocumen International Airport. 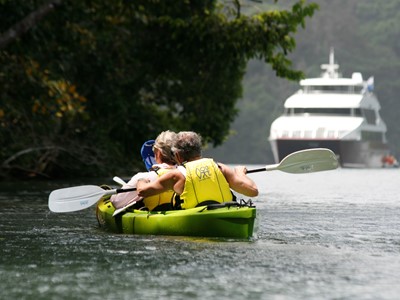 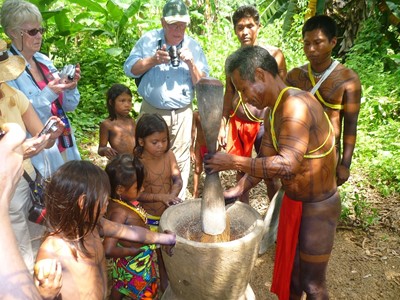 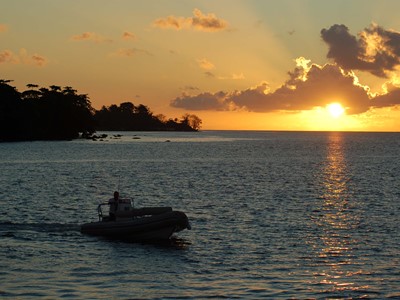 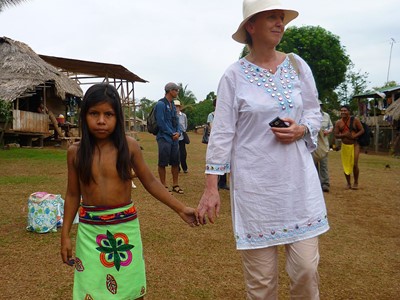 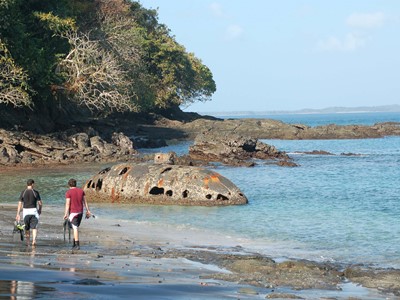 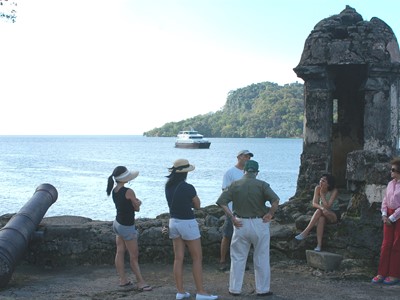 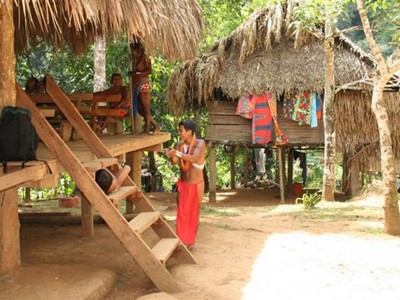 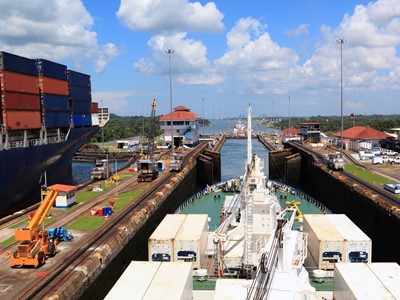 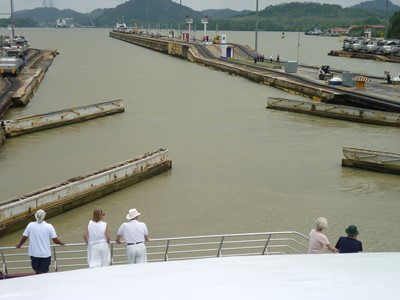 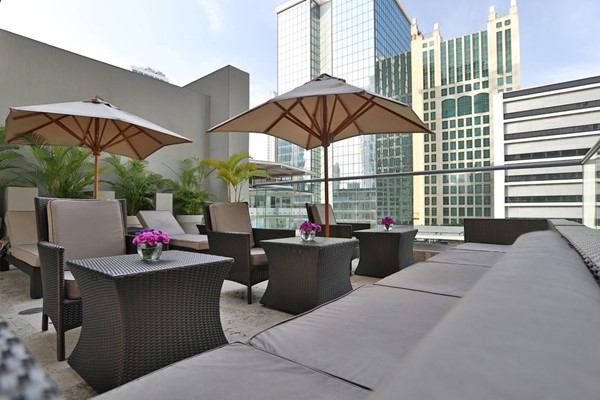 One of the best hotels in Panama City with five-star amenities in the heart of the prestigious Financial District, minutes from shopping, cultural attractions and nightlife.
Read more Add to Bucket List

"Everything went off without a hitch."

We had drivers that picked us up and delivered us to our hotels and flights. Not having to worry about where we were going and how to get there, made it much easier.